The White Peaks is your little home in hills. As you reach the quaint village of Gagar, a walk up a sun-dappled, windy road, next to a handful of humble village shops, leads you to the cottage, giving you a glimpse of the oak forests that fringe the place. The two rooms in the cottage are cozy, intimate and exude a subtle elegance.

Add-on experiences offered by the host

The cottage is perched at the edge of an ancient oak and rhododendron forest that is home to dozens of native trees, birds and other small wild animals. The trail stretches over several kilometers through the forest, occasionally opening up to fabulous vistas, along the way. The hike is a moderate one, ideal for most city dwellers and nature lovers.

A walk by the riverside

A beautiful stream runs through the heart of Talla-Ramgarh, just about 30 minutes away from where we are. Its a quiet and peaceful place,ideal for a picnic or to while away a few hours with your children or dogs. Lined with several peach and apricot orchards, it makes for a happy exploration.

The Kuleti Trek A relatively easy walk through, this trek is more relaxed and calming. Kuleti is a beautiful ridge walk that opens into a sun-dappled meadow amidst thick oak and rhododendron forests. Its perhaps an ideal place for forest-bathing as the silence of the forest is punctuated only by the birds and the barking deer that inhabit the surrounding woods.

Pets live on this property

If you love the outdoors, then just step out into the courtyard, have a cup of Earl Grey or Masala chai over endless rounds of conversations, admiring stunning vistas of the snow-capped Himalayas, beckoning you to gaze as long as you can

Nainital- Barely a 45 minute drive from The White Peaks takes you to the town of Nainital, buzzing with activity. The emerald green Naini Lake, cradled amidst seven mountains offers a walk around its periphery, which could be quite nice during off-season

At an altitude of 1789m, with views of the Himalayan peaks, including Nanda Devi, Trishul and the Panchachuli range, Ramgarh is especially known as a fruit bowl for its fruit orchards. Several famous personalities such as Rabindranath Tagore, Narain Swami and Mahadevi Verma had established their ashrams here. Today it is a popular destination for vacation homes.

The Neighbour places are Gagar, Ramgarh, Muskteshwar and Nainital. Visit these places for a short day trip with your family.

Just about an hour and a half from The White Peaks cottage is a charming little village called Dhanachuli. Offering some of the best views of the Himalayan ranges, it is a popular holiday destination for many.

Other Things to Note

The forests are rich in flora with many species of oak and an abundance of rhododendron. End your bird watching walk with a plateful of hot Maggi at the local dhabha in Pangot village. It is about a 2 hour drive from the cottage.

-All bookings need to be made minimum 72 hours before the check-in date
-We do not permit extension of stay whilst the guest is already staying at the property
-Please note Check-in time is 2pm and Check out Time is 10am. We do not permit any early check ins or late check outs unless a request has been made at the time booking and we charge an amount of Rs.2500 for the same.
-Breakfast is not included on the day of the check in. Only Lunch, Evening Snack and Dinner is included for that day
-Lunch is not included on the day of Check-Out. Only Morning Tea/Coffee and Breakfast is included for that day
-We do not permit any meals to be packed and taken away.
-Bookings are confirmed only on full advance payment by cash or bank transfer
-Our Rates include all meals (Tea/ Coffee/ Light Snacks/ Breakfast/ Lunch/ Dinner). We serve fresh, wholesome, home-cooked Indian meals. Non-veg is served once a day, usually for Dinner. If you wish to have it for Lunch as well, please let us know at the time of booking. It can be organized at a nominal additional cost.
-Please note that dinner will be served latest by 10pm.
-Mineral water is not available. We serve safe, filtered, mountain drinking water (purified by an Aquaguard machine that is installed in our kitchen)
-We do not serve/ sell Alcohol. You are welcome to carry your own along with soda/ mixes etc.
-Guests come to enjoy the solitude of the place which is why we have only one Television in the Living room.
-The walk to the cottage is a steep, uphill walk of 4-5 minutes from where you park your car. Please carry good walking shoes and anyone above the age of 60 years with knee or heart issue may find it difficult.
-We do not have any Wi-Fi connectivity.
-We do not permit smoking inside the cottage due to fire hazard.
-The White Peaks is a pet-friendly home stay.
- We provide homemade food for pets at a normal charge of RS.700 a day per pet

The White Peaks is your little home in hills. As you reach the quaint village of Gagar, a walk up a sun-dappled, windy road, next to a handful of humble village shops, leads you to the cottage, giving you a glimpse of the oak forests that fringe the place. The two rooms in the cottage are cozy, intimate and exude a subtle elegance.

About the Host, Aparupa

Sukoon in the Himalayas

Kafalia. home away from home

Escape Roots a Homestay in Binsar

The Orchard at Peora Estate

The Hammock Villa in Bhimtal

One Partridge Hill, Near Mukhteswar

The Rangers Lodge at Jim Corbett

The WoodHouse Farm near Mukteshwar 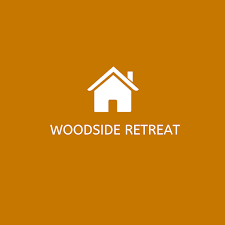 These dates aren't available. You need to select available ones first.
Message Sent!

The White Peaks
( )
· · Gagar
Save to Wish List
Save your favorite listings, compare notes, and start planning your next adventure.
{{ item.name }}
Create New Wish List

To sign up, you must be 18 or older. Other people won’t see your birthday.